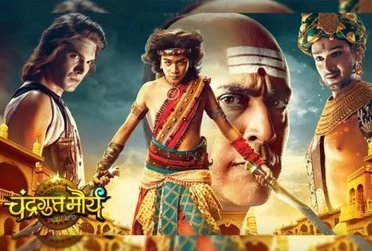 MUMBAI: One Life Studios’ global march is continuing in 2020 with its syndication of mythological magnum opus ‘Chandragupta Maurya’ in Myanmar.

‘Porus’ its first production to be syndicated, was sold in 13 countries and 15 territories. One Life Studios was also the first licensor of an Indian series (Porus) on Japan’s Biggest OTT platform, HULU.

In the meanwhile, One Life Studios’ ‘Chandragupta Maurya’ has witnessed increasing popularity across the globe, reaching audiences in countries such as Cambodia and Vietnam. Recently, the series was named the ‘Best Foreign Show’ at the Television Today awards in Vietnam.

Produced by Siddharth Kumar Tewary, ‘Chandragupta Maurya’ is the saga of a reluctant boy and an adamant teacher who fought against foreign invaders and unscrupulous rulers to accomplish the vision of a united India. The scale of the show was in keeping with Swastik Productions’ the vision of bringing larger-than-life stories to the screen as visual extravaganzas. In India, ‘Chandragupta Maurya’ had a  successful run of 208 episodes spanning eight months.

Rahul Kumar Tewary, Producer and Managing Director of One Life Studios, says, “This show was initially syndicated to Cambodia and Vietnam and now, after Myanmar, we hope to add more countries to the list. Content has no boundaries. This is nothing but a testament to the fact that Indian stories are being acknowledged across the world and One Life Studios is playing a pivotal role in this journey.”

One Life Studios thrives on combing masterful artistry and thrilling storytelling with a vast variety in their catalogue which encompasses award-winning series from America, Europe, Kazakhstan, Uzbekistan, Turkey, Brazil and more. These series are available for licensing in India as well as International territories