The accidental producer: Siddharth Kumar Tewary gets candid on his journey 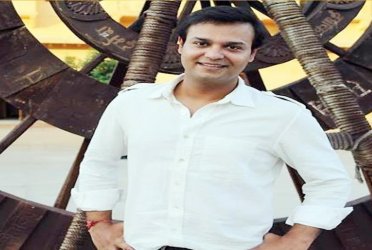 MUMBAI: Most popularly known for creating magnum-opus shows like Mahabharat, Karmaphal Daata Shani, Porus, Ram Siya Ke Luv Kush and RadhaKrishn Swastik Productions has successfully managed to win our hearts over the years. In a virtual fireside chat with Indian Television Group founder, CEO and editor in chief Anil Wanvari, on ‘The evolution of a creator – The maker of the new Mahabharat,’, Swastik Productions and One Life Studios founder and chief creative officer Siddharth Kumar Tewary gets candid about his journey and much more.

About the idea behind creating Amber Dhara, Tewary said: “A news article about two conjoined twins gave me the idea to speak to Sony Entertainment who I thought believed in unique and progressive shows rather than daily soap operas. Amber means sky and Dhara means earth so they are two distinct characters. The story was about how they are the same but still think differently.”

Tewary says that he never thought of becoming a producer. The initial idea was to create a story that will be backed by a production house. But later, after figuring out different ways, he and his previous partner Vikas Seth decided to do it themselves, and that gave birth to Swastik Productions in 2007.

Amber Dhara was a show with a beautiful concept but failed to make money. So, after this show, Tewary went on to make Mata ki Chowki which was aired on Sahara One. The show became a huge success and created new avenues for Tewary. He didn’t have to look back after that; he created another show named Agle Janam Mohe Bitiya Hi Kijo, a story that showcased the issues prevailing in rural India. The show was quite successful. Since then, he has created more than 30 shows.

On his most favourite television shows Amber Dhara and Mahabharat, Tewary says: “Amber Dhara will always remain close to my heart. We have not even created a set. Because I wanted to write a series where just like human lives you are not stuck in one place. It is a story of two characters that kept moving. My second most favourite will be Mahabharat. In 2009 Vivek Behl from Star Plus called me and said he liked my show Agle Janam Mohe Bitiya Hi Kijo and he wanted me to make a Mahabharat. It took me five years to make that show. Mahabharat has taught me a lot and it has changed me as a person. Porus was the first Indian show that was showcased on the digital platform Hulu in Japan. It taught me to invest more in what you are creating and going around the world to sell your content. We have sold it in more than 14 countries now.”

Tewary is ecstatic about re-running his show Mahabharat which was made seven years back.

On parting ways with long-time friend and Swastik Productions managing partner Vikas Seth, he said it was a difficult time. Due to Mahabharat they were in huge debt. But after Mahabharat was launched it did well. “Initially we decided to make 128 episodes, but I was unable to tell the story in those particular episodes so we decided to extend it. Because of the extension Mahabharat did well for us on all fronts. It helped us get back on our feet,” he explained.

According to Tewary, the formula for being a successful production house is going ahead with your team who share similar ideology. “The sheer passion of the entire team at Swastik Productions kept us going despite the challenges. Me and my elder brother Rahul always dreamt of creating a set, how we will provide shooting facilities. So, slowly we started acquiring land, building set on our own properties. Today we have more than 25 shooting floors which are spread across 25 acres. We have a huge mythological setup in western India. One thing led to the other and we started on investing in infrastructure while we were doing a lot of work on the visual effect front. Where we can have control over the delivery of our own product. That is how One Life VFX came into existence.”

Elaborating more on One Life, Tewary said that Swastik Productions is a parent company and One Life Studios is a subsidiary of that where they do most of the digital work, syndication, distribution and visual effect work.

Tewary is currently working on the animation front, where he is busy making a few promos and developing some animation stories. In the near future he wishes to create characters that sustain for much more time. He is also focussing on syndication and distribution where he is taking Indian content overseas and similarly wishes to bring international content in India.

He adds, “We have acquired some international series that we will be distributing to OTT platforms in India for them to stream. I am also working on an original series called Escape Life for Hostar. I finished the writing; we were about to begin the shoot but due to lockdown things are at halt.”

He revealed that he has no plans to lay off workers in the wake of the Covid2019 pandemic. “We have deducted salary from April onwards. But there are no plans of furlough or layoffs. Infact, we are taking care of 250 people who are staying at our Umbergaon set in Gujarat,” he said.