Ahem Sharrma sets an example of sheer determination towards his work! 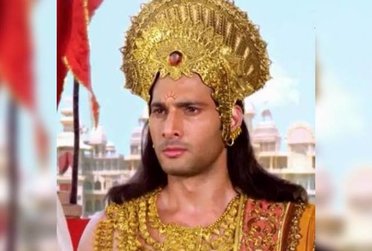 At just the beginning of the great war of Kurukshetra, Ahem Sharrma who essayed the role of Karn reminisced that scene and went back to his shooting days and shared his phobias where he shares how he overcame various phobias.

Recalling how he shot the war sequence Ahem Sharrma says, “ I vividly remember this incident from a sequence we shot where Karn tries to rescue Duryodhan, Dushasan, and Shakuni who were captured by Jarasandh. Tinu Verma Ji who was playing the role of Jarasandh was also the action director of our show. I remember this interesting incident where we had to report on the set at 6:30 am for an early morning shoot. Tinu Ji explained the sequence where I had to shoot arrows while riding a horse. Though I know how to ride a horse but not while I have to shoot arrows at the same time. We were shooting in outskirts of Umergaon on a mountain like terrain and there was a risk of getting injured due to rocks and stones. I was happy that the scene turned out to be really good with Tinu Ji’s direction and our execution. The production team was generous enough to give me a horse to practise and soon I became a pro at it. I believe a project like Mahabharat is a once in a lifetime opportunity. I am grateful for Swastik Productions casting team for considering me apt for the pivotal role of Karna. I am grateful  to Swastik Productions, Siddharth Sir and I would also like to thank Star Plus for bringing back our show to the audience.”