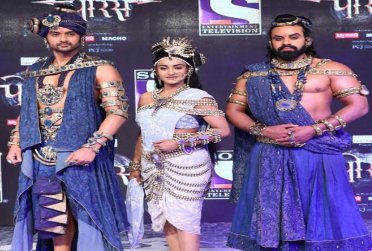 MUMBAI: Porus has found a taker in Thailand. Swastik Productions’ has licenced the historical drama to broadcaster Workpoint Entertainment for exclusive TV and non-exclusive digital rights.

The show premiered on Sony Entertainment Television in India on 27 November. Workpoint also has the rights to create original music for the Thai broadcast.

In Porus, Swastik brings one of the most iconic rulers of ancient India to the screen in this legendary historical drama series. Emperor Porus faces off against the invader known as Alexander the Great, the mightiest power of the West, as both leaders fight to fulfil their ultimate destinies culminating in one of the greatest battles in world history.

Swastik Productions founder and chief creative Siddharth Kumar Tewary says, “With some key scenes shot in Thailand and the added element of original Thai music that Workpoint will create,Porus will be a truly unique project to share with Thai audiences and Workpoint is the perfect partner for this endeavour.”